MIL-STD-461 is a Military Test Standard that provides requirements for the electromagnetic compatibility (EMC) of devices and subsystems created for and used by the United States Department of Defense (DoD). The first Military Standard 461 was issued in 1967 and was followed by Revisions MIL-STD-461A, MIL-STD-461B, MIL-STD-461C, MIL-STD-461E, MIL-STD-461F. The three different branches of the military (Army, Air Force, and Navy) have collaborated to produce updated and expanded versions, cumulating in the most recent edition of the standard: MIL-STD-461G.

Here, at DNB Engineering, Inc., we provide service and help to get the military products to the market as quickly as possible and cost-effective.

MIL-461 tests are best suited for items that have the following features:

The requirement matrix depends on equipment and subsystems type. Check the list here.

MIL-STD-461G has a comprehensive set of test procedures that are defined to fulfill the DoD’s electromagnetic emissions and susceptibility regulations. The test procedures are divided by groups: 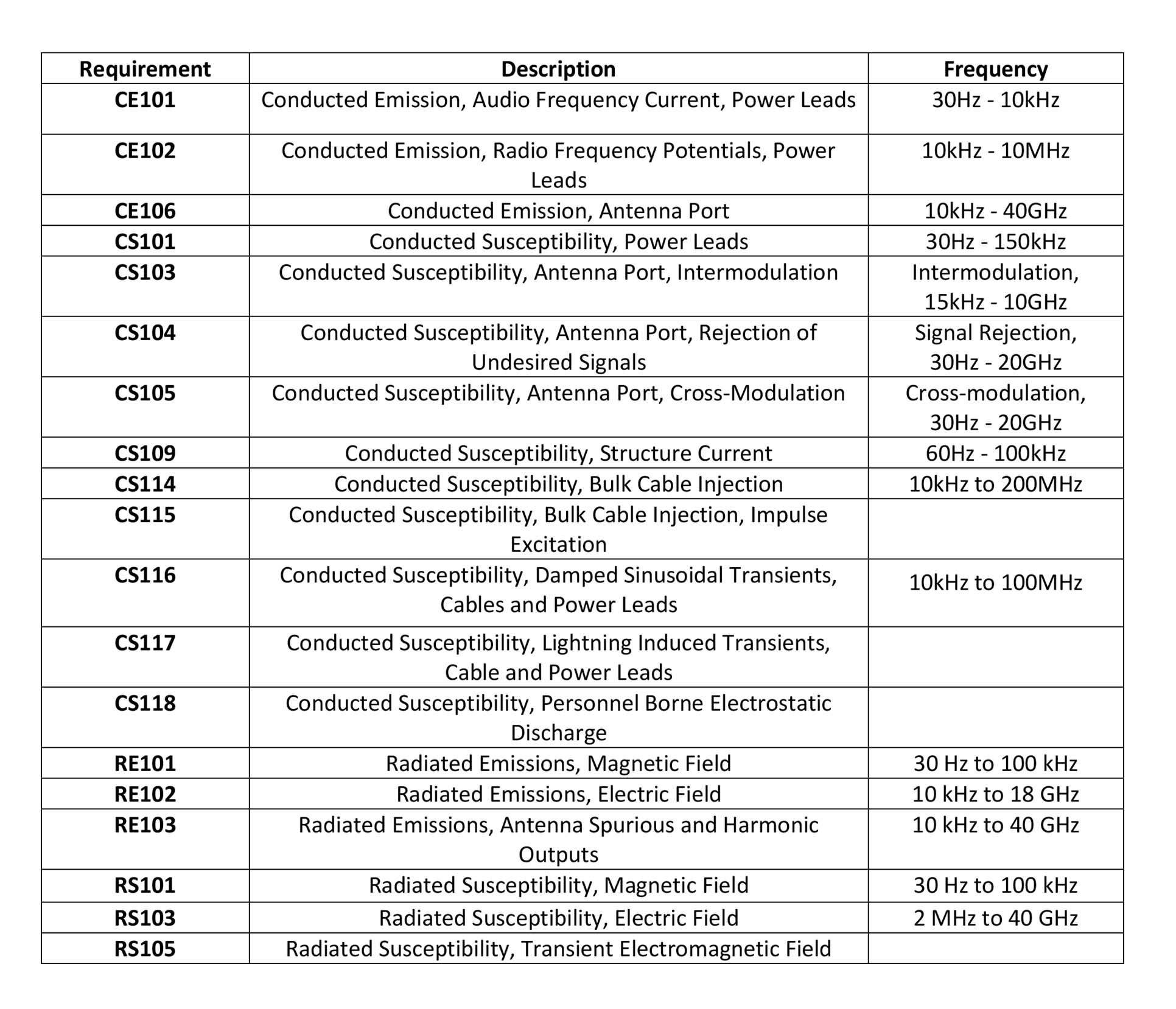 REQUEST A QUOTE TODAY AND START YOUR TESTING TOMORROW!